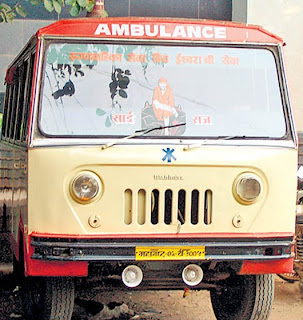 In a clear violation of the All India Motor Vehicle Rules, 1989, the vehicles used by many prominent politicos sport number plates in the Devnagari script; Provision 50 of the Act says words in the registration should be in the English language and numbers in Arabic type
Vikas Mishra. Andheri


Several prominent political leaders, including corporators, have been caught violating the All India Motor Vehicle Rules, 1989, but despite several complaints to the authorities, no action has been taken so far. The matter came to light when social activist Ashok Pai, working for NGO AGNI, taking recourse to the Right to Information Act (RTI), sought details of people using the Devnagari script (Marathi) on their vehicle number plates, instead of the mandatory English-Arabic (for numerals) script.As per Provision 50 of the All India Motor Vehicles Rules, 1989, the words in the registration marks should be in English language and numbers in Arabic type. Any person caught violating this rule should be fined, as per the law, but the personalities concerned openly flout the rules. Some claim theyare unaware of the rules, while others point out that the vehicles are not registered in their name.Subhash Sawant, former corporator and Shiv Sena leader, who owns a Tata Indigo and an ambulance, both carrying the registration number plate in Devnagari script. Sitting corporator and a recent Maharashtra Navnirman Sena (MNS) entrant, Jyoti Andhari's Tata Sumo and SS shaka pramukh (Andheri) Pramod Sawant's Scorpio are also among those violating the rule.Pai says, "I have filed various RTI applications on the matter and sent complaint letters to Satish Mathur, joint commissioner of Police, traffic, but the vehicles still carry the same, unauthorised number plates.According to Pai, officer in charge of the Traffic police's prosecution department, Dayanand Gavas, said that several summons were issued to the offenders, but they and their vehicles were not traceable. "After that, I provided them with details of the permanent parking places of these vehicles, yet, no action was taken. I have received threatening calls from these politicians and they abused me," Pai said. When contacted, MNS leader Jyoti Andhari said, "The Tata Sumo I use is registered in my son Rajesh's name. I was not aware of the rules and regulations. Everybody writes numbers in Marathi, so I have also written it." When contacted, Subhash Sawant first denied violating the rule, then said, "The traffic officials should take action; the day they fine me on the use of Marathi, we will protest against it by calling a huge rally in city. We are Marathi people and have the right to use our language and feel proud of it. We will continue with it and nobody can stop us," he added. Despite repeated efforts to contact him, Inspector Dayanand Gavas was unavailable for comment.Subash Sawant's (former Shiv Sena corporator) Tata Indigo
Posted by AGNI K East JAAG at 4:55 PM