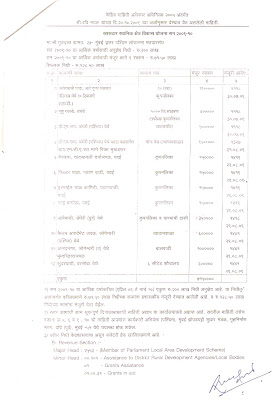 Posted by AGNI K East JAAG at 7:50 PM No comments:

Nearly 200 illegal hoardings were put up on a 1.5-km stretch between Andheri flyover and Andheri station (East) to welcome Railway Minister Mamata Banerjee on Saturday.
Of the 196 flex hoardings, 50 were placed between the southern and northern entry points of Andheri East. Near the upcoming HDIL commercial complex Kaledonia on the Sahar road, there were 43 hoardings. The clutter density of hoardings on this belt was as high as one every seven metres.
The hoardings came up despite the Maharashtra Prevention of Defacement of Property Act, 1995 that clearly says that they are illegal, and offenders can be imprisoned for up to three months and fined Rs 2,000.
The BMC, however, pretended that they didn’t know about the hoardings until Saturday morning. “The hoardings came up because of a Railway function. We don’t know when they were put up, but will see to it that all of them are removed,” said Ranjeet Dhakane, ward officer, K-East ward.
Social activists, however, say that this is a regular practice—municipal authorities first turn a blind eye when political party workers put up illegal hoardings, and then use public money to remove them.
“The concerned departments remove the banners only after the function is over. There is a clear understanding between them and the law-breakers,” said James John of the Action for Good Governance and Networking in India (AGNI).
Posted by AGNI K East JAAG at 11:08 AM 1 comment: