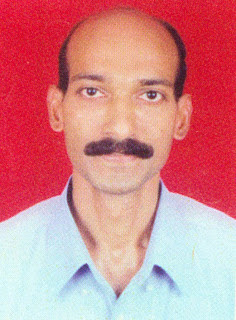 Time for Local Governance
India is a 59-year-old Republic of the people, by the people, but for whom? Why do we Indians feel powerless and hopeless in this great Republic? If India could win back freedom after 300 years of foreign rule, can we not bring about a change in the present form of governance which is less than 6 decades old? Does our duty as citizens end once we caste our vote or pay our taxes?
The major problem of our country as we know, are the politicians themselves, who interfere in almost all matters concerning the executive as well as judiciary. Often they shame the administrative decisions and over-rule court orders. Letting the government decide without our participation in matters concerning us has left politicians with absolute powers - opens to corruption.
Given the existing Indian polity, during elections citizens are limited to exercising their franchise in favor of a candidate in whose selection they have no control or role to play. Persons with intellect, integrity and commitment to public service are either denied or prevented from contesting in the present political arena. Invariably, we end up with no choice, but to vote for the best candidate from among the WORST.
What is the solution to effect a change in the present system one may ask? Well, change demands better elected representatives, which in turn requires good candidature/nomination for election in the first place.
This can possibly happen in two ways. The first is to put up citizens' candidate for election. The citizens' candidate could emerge from a consensus between various like minded organizations in a Corporator constituency. This candidate can be selected/nominated on merit, thus supported and promoted by the local NGOs/ALMs/Societies, etc. as Citizens' Consensus Candidate.
The second is through formation of Ward Committees or 'bhaghidari' (partnership) system for effective form of governance. A Ward Committee besides having an elected Councillor, will consist of number of elected representatives from ALMs, LACC and/or other active neighborhood groups.
All politics and governance become functional at a local level. Therefore, its time for concerned citizens and groups to start preparing for the Municipal Corporator Elections early next year. Jai Hind.
Adolf D'Souza
AGNI Coordinator
K West Ward
Posted by AGNI K East JAAG at 12:28 PM